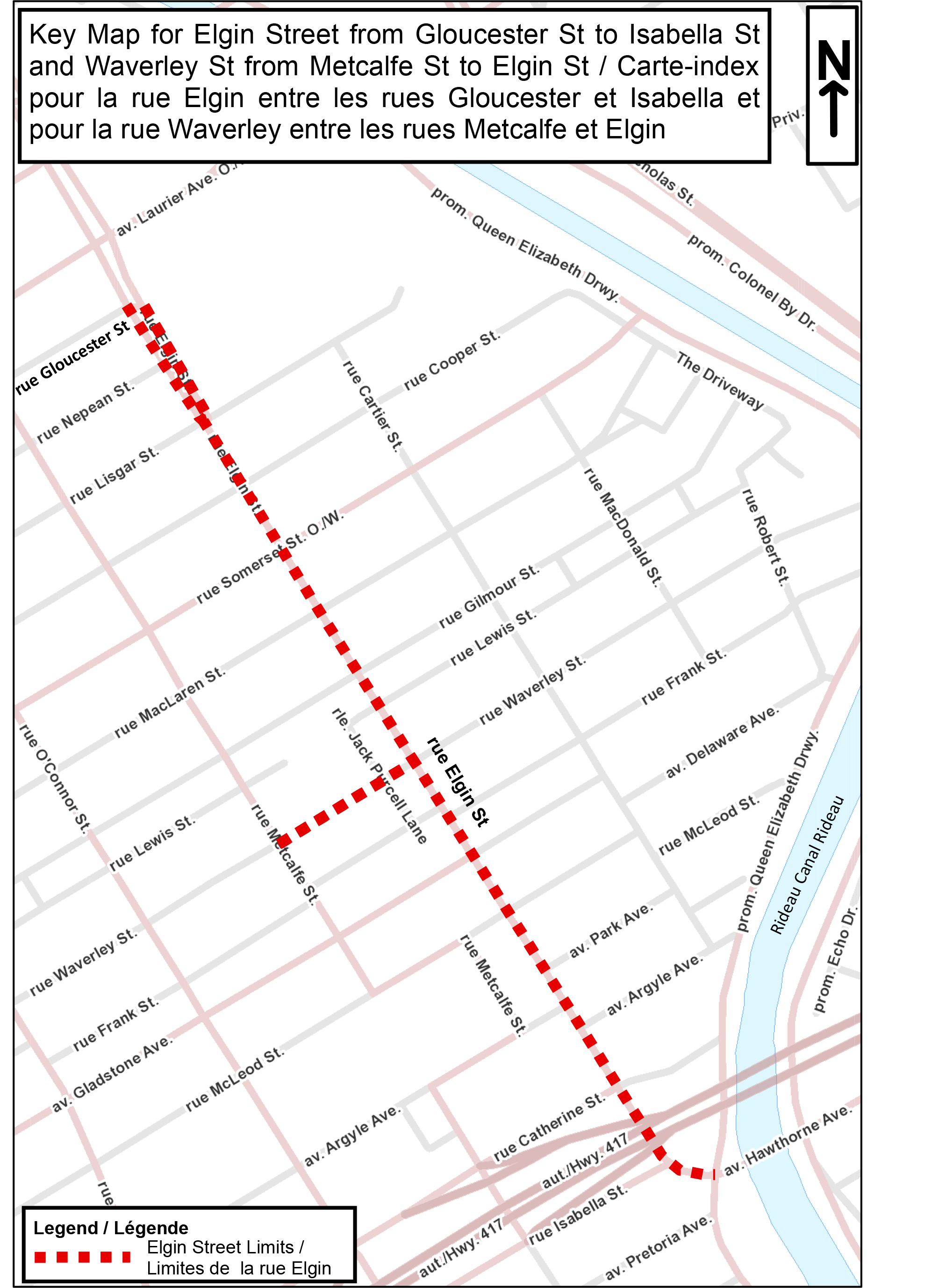 The proposed project limits outlined in the Key Map. [PDF]

Hydro Ottawa’s infrastructure is ‘’going under’’ on Elgin.

The design and construction for the renewal of Elgin Street is scheduled to be completed in early 2019. The 12-block stretch of Elgin Street is undergoing a dramatic overhaul, including improvements to its utility infrastructure, some of which dates back to 1874.

As part of this project, Hydro Ottawa will be upgrading our electricity distribution system. The existing hydro poles have reached the end of their life cycle and burying the wires is the logical choice for this City of Ottawa project.

It was identified that the new non-linear road geometry would require a complicated support system to anchor new wooden hydro poles. This would compromise the design vision and functionality for Elgin Street and impact the ability to meet current provincial accessibility requirements. After exploring, then abandoning, the possibility of sturdier concrete poles which need deep underground foundations, the project’s design team, along with Hydro Ottawa, decided to bury the power lines. The pole locations for overhead infrastructure would not allow for sufficient line clearance from permanent structures and buildings, leading to public and worker safety concerns related to overhead servicing.

Work is being coordinated and managed by Hydro Ottawa, with City of Ottawa staff monitoring and providing overall support.

Underground infrastructure work is well underway. Phase 1 of Hydro Ottawa’s work which consists of installing new underground duct bank should be completed by the time the whole street closes to vehicle in January 2019.

The proposed project limits are as outlined in the Key Map.

Stay in the Know