Repair work continues after Hydro One’s Merivale transformer station was significantly damaged by a tornado on September 21. Hydro One crews have continued to make critical repairs to the system to restore redundancy and build resiliency to this critical supply point from the provincial grid.

In order to return elements of the Merivale station into service, a short outage is scheduled for Sunday, October 14 from 4:00 a.m. to 4:30 a.m. The power outage will affect more than 48,000 Hydro Ottawa customers and more than 2,000 Hydro One customers. As illustrated in the map below, affected wards include Bay, College, Capital, Kitchissippi, Somerset, River, Knoxdale-Merivale, Barrhaven, Gloucester-South Nepean, Rideau-Goulbourn and Osgoode.

For some customers the outage will be momentary. For others it will be a short duration of approximately 30 minutes. All affected customers have been notified by a telephone message. Information is also available on hydroottawa.com and social media channels.

Work at the station will continue for several months in order to fully restore it to its original design. 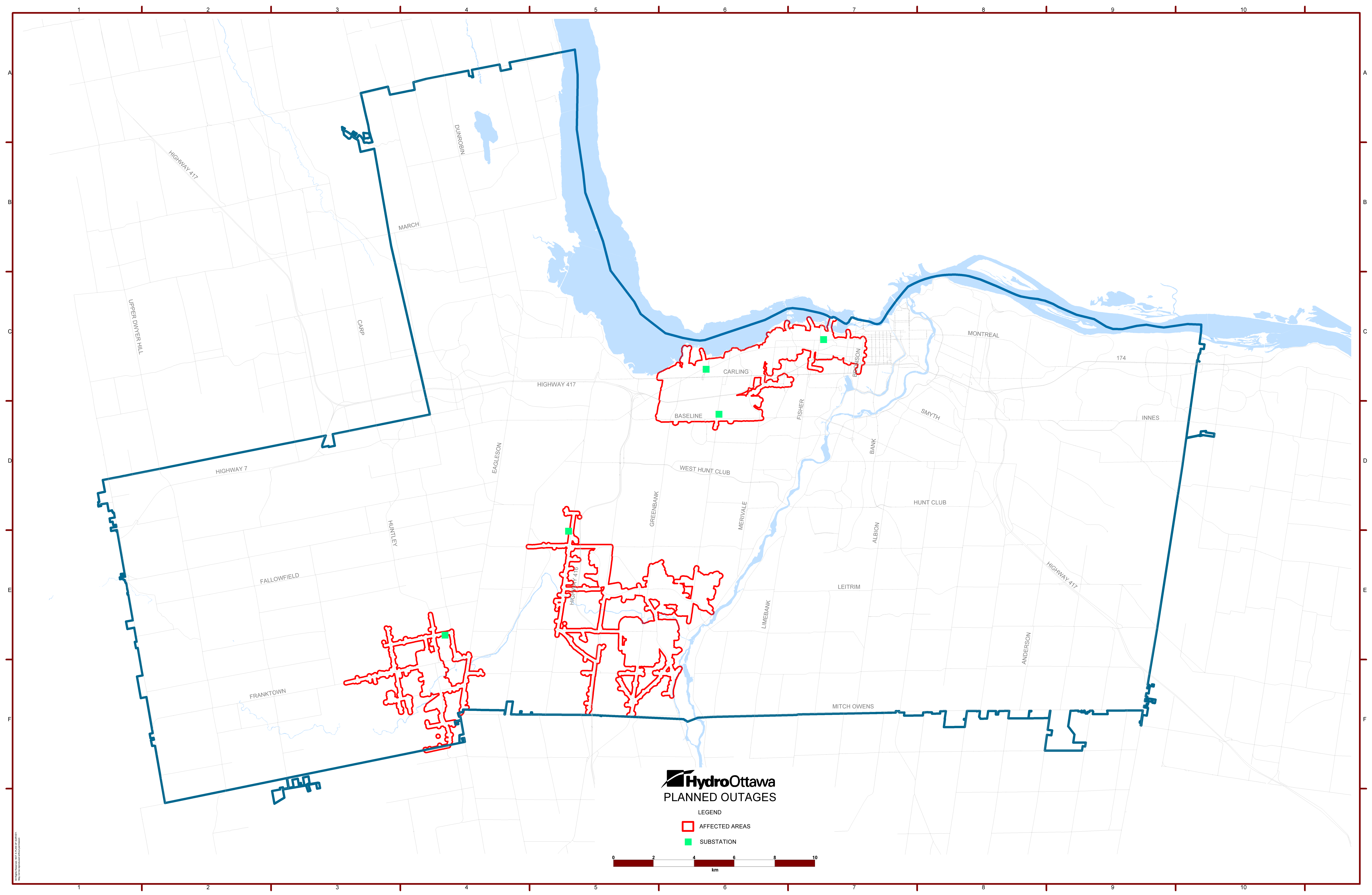