Let me tell you about the birds and the bees and the flowers and the trees and...utilities?

Across North America, populations of Monarch butterflies, bees, and other pollinators are in steep decline due to herbicides, pesticides, climate change and a reduction in natural pollinator habitats.

It may seem like an unlikely union, but utilities are ideally suited to restore these environments thanks to the number of utility corridors and properties in their service territories, not to mention the kilometres of power lines and right of ways along roadsides. Moreover, vegetation management along utility corridors is compatible with the type of vegetation necessary to support pollinators. 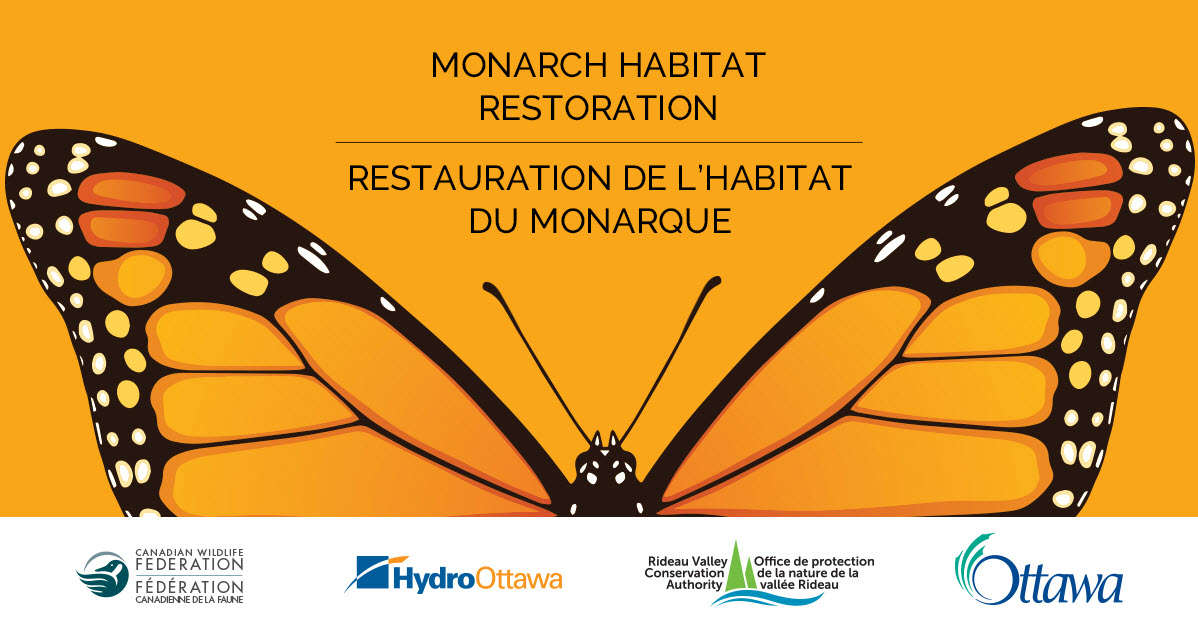 In 2019, Hydro Ottawa began civil construction on Cambrian, its largest ever municipal transformer station, in the south-end of the city; situated on 24 acres of land. The new facility will support future growth in Nepean which is expected to more than double over the next twenty years due to planned residential and commercial developments, including the recent addition of a new 10-megawatt Amazon distribution centre. The rest of the transformer station site might have remained vacant, but those overseeing the project at Hydro Ottawa wondered if there was a more inspired use for the land.

“We saw an opportunity to do something that could really contribute to the well-being of our community and the environment,” says Guillaume Paradis, Chief Electricity Distribution Officer at Hydro Ottawa. “We had this parcel of land that we didn’t want to sit empty, so when the idea of a pollinator meadow was brought to us by the City of Ottawa, it proved to be the perfect match; whereby we could bring reliable power to a growing area of our city, and do it in this creative, environmentally-responsible way.”

Since the new transformer station requires only five acres of the property, Hydro Ottawa partnered with the City of Ottawa, Rideau Valley Conservation Authority and Canadian Wildlife Federation, to create one of the largest pollinator meadows of its kind in eastern Ontario. Adjacent to its future station, the agreement means that 15 acres will be dedicated to a pollinator meadow which is scheduled for seeding during 2021’s upcoming planting season. A four acre tree reforestation area was planted in 2020 with 2,750 trees thanks to the Rideau Valley Conservation Authority.

Pollinators are responsible for a third of the world’s food supply. Working from the understanding that pollinators are not only vital to our very existence, but to our planet’s, the Canadian Wildlife Federation has been raising public awareness and offering technical support to farmers and those in the Canadian food industry to develop pollinator-friendly practices and agricultural policy recommendations. Securing habitats to support the recovery of Canada’s wild pollinators is at the forefront of their movement.

“There is a huge potential to build pollinator habitats along right of ways, such as along roads, transmission lines, gas pipelines and even private lands,” says Tracey Etwell, Restoration Ecologist with Canadian Wildlife Federation. “By leveraging the power of our partnerships with governments, as well as the managers of roadsides, utility corridors and other businesses and landowners, we can secure a more sustainable future and ecosystem for pollinators. The partnerships exemplify what can be achieved, and are proving to be very successful.”

Hydro Ottawa is supplying the land for the project, and covering site preparation, professional seeding, selection of native seed mix, and annual maintenance over a five-year term. It’s just one of many projects that shows how Hydro Ottawa is taking steps to reduce its own environmental footprint and contribute to the wider transition of a greener economy in Ottawa.

After the City of Ottawa declared a climate emergency in 2019, the pollinator meadow aligns with the City’s Standing Committee on Environmental Protection, Water and Waste Management directive to review and make recommendations with respect to pollinator species.

In addition to being the largest municipally-owned producer of green power in the province, Hydro Ottawa has been recognized as one of Canada’s Greenest Employers in 2021 and nine times before that by Canada’s Top 100 Employers.

“It’s about coming back to your roots and remembering why you are in this business in the first place,” says Bryce Conrad, President and CEO of Hydro Ottawa. “Yes, we have a core responsibility to provide safe, affordable and reliable power, but it has to be done in a way that also protects our environment and mitigates our impact on it. Climate change is considered in all our planning and decision-making. An initiative like the pollinator meadow fits with our vision for a brighter and healthier Ottawa. It will provide environmental benefits to our community for years to come.”

That environmental commitment is like a birdsong to the ears of the Rideau Valley Conservation Authority, who is one of Ontario’s 36 conservation authorities responsible for furthering the restoration, development and management of watersheds and their natural resources across the province.

“Hydro Ottawa wants the same thing we do: to create a thriving, vibrant pollinator meadow that supports native plant and animal species in pursuit of a healthier environment,” says Meaghan McDonald, Lake Planning and Shoreline Stewardship Coordinator for Rideau Valley Conservation Authority. “Commitment to sourcing native plants can be difficult, but they understood from the beginning that preserving and respecting the natural environment was paramount to the project’s success.”

When the station is energized in 2022, south Ottawa will have an abundance of power, and portions of the pollinator meadow will be in bloom to welcome many species as its guests, including the birds and the bees that will call the meadow home. In its attempts to deliver the best possible outcomes for its community, Hydro Ottawa is proving that no one, plant or creature, is too small to consider, and that great opportunities come from symbiosis.

To learn more, listen to the episode "The Birds and the Bees About Pollinator Meadows" on our ThinkEnergy podcast.