When it comes to assigning blame to countries that are historically responsible for climate change, you maybe wouldn’t expect Canada to be at the top of the list. But, according to a recent analysis published by the research group, Carbon Brief, Canada is responsible for the world’s largest share of CO2 emissions since the start of the industrial revolution to the present day, based on population.

According to Natural Resources Canada, Canadians use more energy due to our extreme temperatures, vast landscape and dispersed population.

In 2019, Canada emitted 730 megatonnes of greenhouse gas (GHG) emissions. The top five provincial emitters, Alberta, Ontario, Quebec, Saskatchewan and British Columbia, are responsible for 91 per cent of Canada’s national sum. Ontario alone, contributed 22 per cent to that total, with 163 megatonnes.

For context, one tonne is equal to driving 4,500 kilometres, extracting 15 barrels of oil or running your household appliances for seven months. And one megaton is equivalent to a million tonnes.

The times they are a-changin’

With less than 30 years to hit the federal government’s net-zero greenhouse gas emissions goal, there’s a lot of work to do to change our global CO2 ranking. Especially when you consider that 76 per cent of Ontario’s CO2 emissions stem from energy use alone.

“Reaching net-zero by 2050 will be a massive undertaking; perhaps representing the largest infrastructure project in our country's history,” says Vince Brescia, President and CEO of the Ontario Energy Association. “And we're all going to need to work together to achieve this goal.”

While the electricity industry is often singled-out in conversations surrounding climate change, Ontario’s electricity sector is one of the cleanest in the world, producing 94 per cent of electricity completely free of GHG emissions. This is in large part due to a concerted effort to phase out the province’s coal plants by 2014 (a reduction of 31 megatonnes alone) and invest in renewable energy projects.

The main greenhouse gas contributors in Ontario are refined petroleum, primarily used for transportation; natural gas, which is used primarily to heat our homes and buildings; and the energy-processes involved in industry, particularly the steel, cement and chemical industries.

“Altogether, those sectors account for almost 80 per cent of our emissions,” says Brescia. “We're going to have to swap out the fuels that we use in transportation; we're going to need to decarbonize our buildings’ heating systems; and many of our industries and businesses are going to have to adapt to new fuel sources. This gives you a sense of the scale of the challenge.”

When asked for some tangible solutions to address these large-emitting sectors, Brescia offered his recommendations. 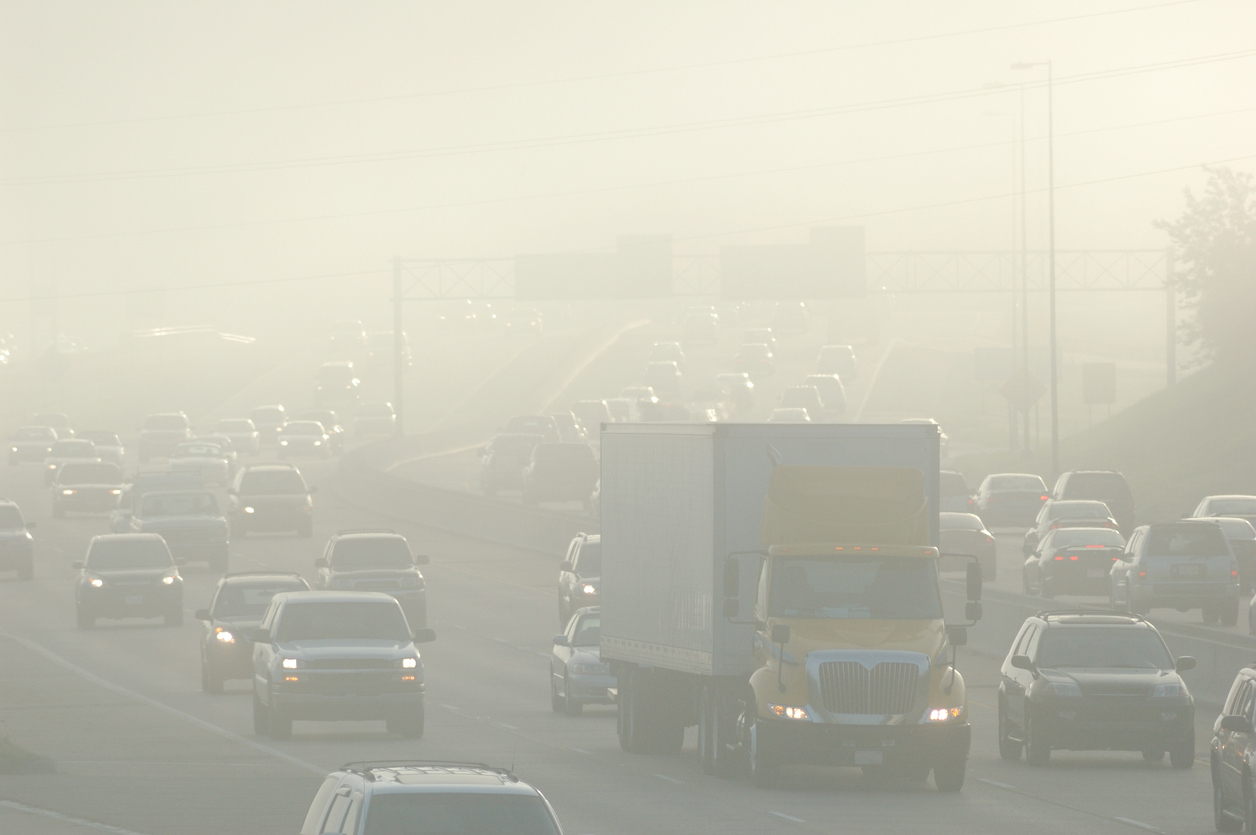 Brescia expects the transition to electric vehicles to accelerate quickly, but other solutions will need to be adopted for heavier and long-haul transportation. “Most analysts think that hydrogen fuel cells will be an important part of the long-term substitution for heavy transportation. Which is exciting because Canada and Ontario have a number of leading hydrogen companies.”

“We’ve already begun decarbonizing the natural gas system by blending renewable gas (such as methane gas from landfill) into the system; and like every major western country, Canada is working on a hydrogen strategy.”

Currently, Canadian homes and buildings (combined with the electricity generated to power them) release 111 million tonnes of greenhouse gas emissions into the atmosphere every year.

The second largest source of emissions in the Ontario economy comes from the building sector.  In fact, about 84 per cent of commercial and institutional buildings in Ontario heat their space with natural gas. “We’re going to need to maintain natural gas to heat our homes and buildings for some time. The key is to make it cleaner,” says Brescia. “We can deeply decarbonize the natural gas system and do it relatively affordably, reducing the scale of the electricity system that will be required to help decarbonize other sectors.” There is the potential for this to be a major part of our emissions reduction strategy.

“Some of the biggest barriers and challenges to achieving our goals will come from what some call ‘the hard-to-abate’ sectors. These sectors are characterized by high material volumes, and finding alternative processes that are affordable is going to be a challenge for us. Globally, these are some of the largest sources of emissions. And the big three are cement, steel and chemicals.”

In 2020, 4.1 billion tonnes of cement was produced globally, making it one of the largest sources of global emissions. For every tonne of cement that is manufactured, it produces about a half-tonne of carbon dioxide. This is due to both the energy component (currently mostly fossil fuels) and the chemical reactions during production.

Steel is also one of the highest emitting industries in the world, producing 3.5 Gigatonnes (or 3.5 billion tonnes) of CO2 annually. Like cement, primary steel manufacturing also has a large energy component (mostly coal currently) and a chemical reaction component. Tackling this will be a large undertaking since Ontario produces steel, and uses a lot of it in its vehicle manufacturing plants.

The third area requiring technology to decarbonize it (mostly unavailable at the present) includes chemicals, petrochemicals and plastics production; which are found in a host of diverse products.

“The International Energy Agency’s findings concluded that almost half of the emission cuts necessary for us to achieve net-zero will come from technologies that are not in the marketplace yet,” says Brescia. “But that’s what’s exciting about the energy industry - it has this immense potential for technological innovation.”

Curious to learn more about what’s next for Ontario’s energy future and some of the exciting possibilities on the horizon? Listen to our full in-depth interview with Vince Brescia on the ThinkEnergy podcast here. 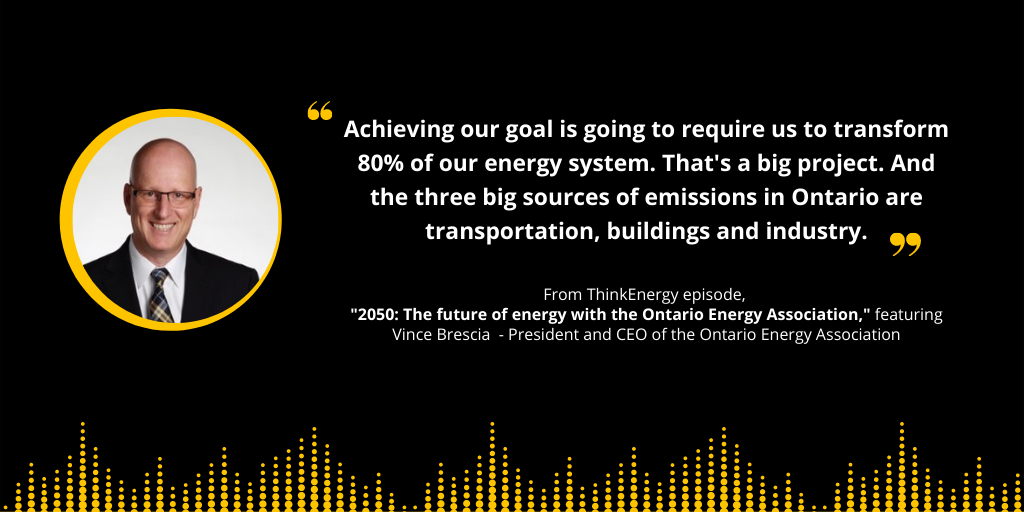