Derecho: Our biggest storm yet

With winds up to 190 km/h, the powerful derecho storm that devastated Ottawa on Saturday, May 21, left a trail of destruction like nothing Ottawa has ever seen or experienced before. From severe damage to property and Ottawa’s urban forest, the harm to our electrical infrastructure makes this storm our biggest yet; significantly worse than the 1998 Ice Storm and the 2018 tornadoes.

As Ottawans know, that is saying a lot. While our community has weathered some tough storms over the years, this one was particularly challenging for many who dealt with unprecedented damage to their property and waited patiently for their power to be restored. 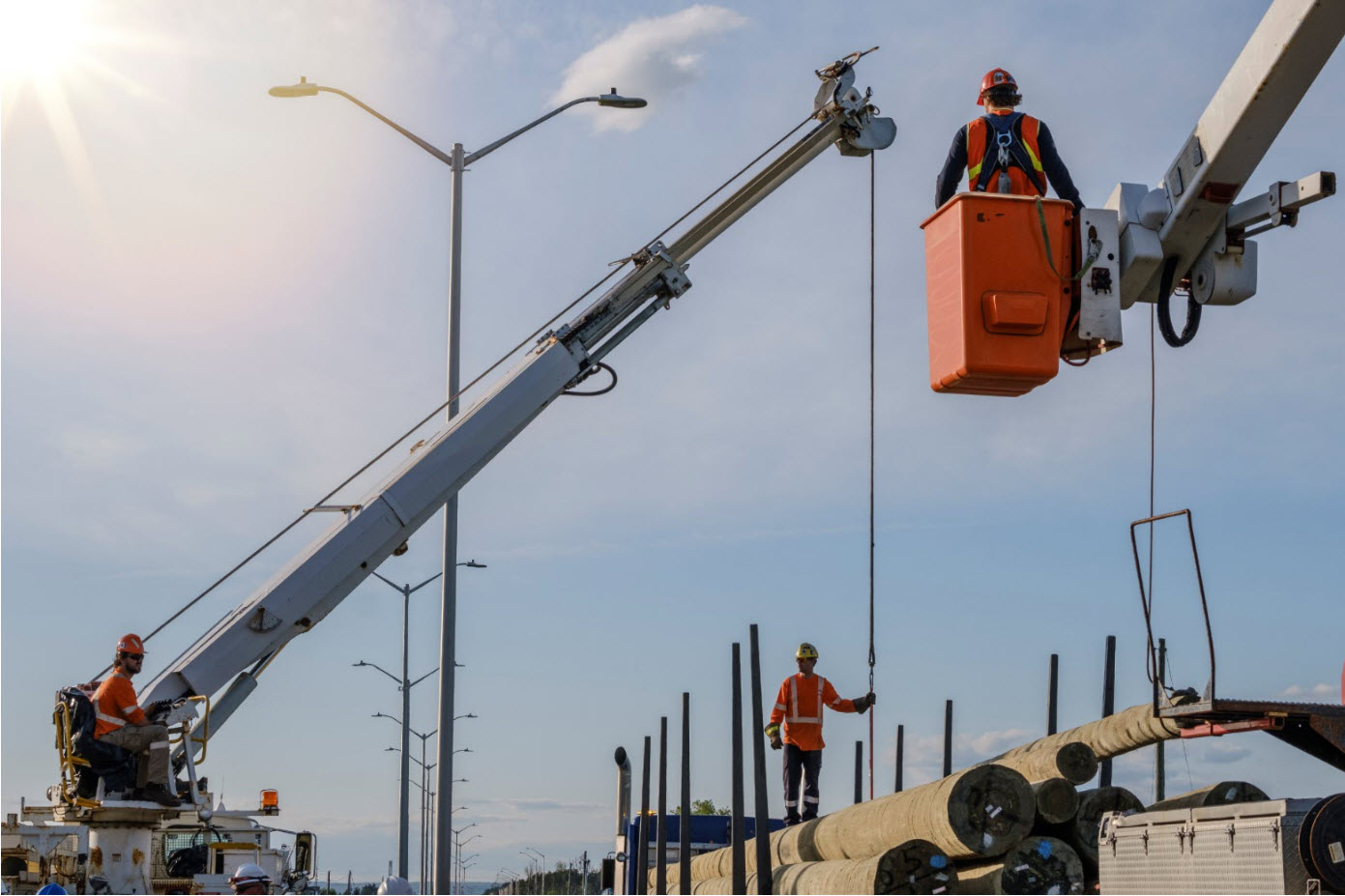 A month later and we are still assessing the entire scope of the historic event that toppled Hydro One transmission towers, damaged more than 400 of our hydro poles, and snapped kilometres of power lines. In total, we had more than 1,000 simultaneous power outages across the city and 180,000 customers with their power knocked out. While we were able to restore power to 50 per cent of affected customers within 48-hours, many remained out for days, and a few dozen customers were out for nearly two weeks because of damage to their individual home electrical systems. In fact, patrolling and clean-up efforts are still underway in some of the hardest hit neighbourhoods of the city as crews continue to find damage in residents’ backyards and to our equipment.

Suffice to say, there is a lot to learn from this catastrophic event that will inform our emergency preparedness and communications toolbox going forward. 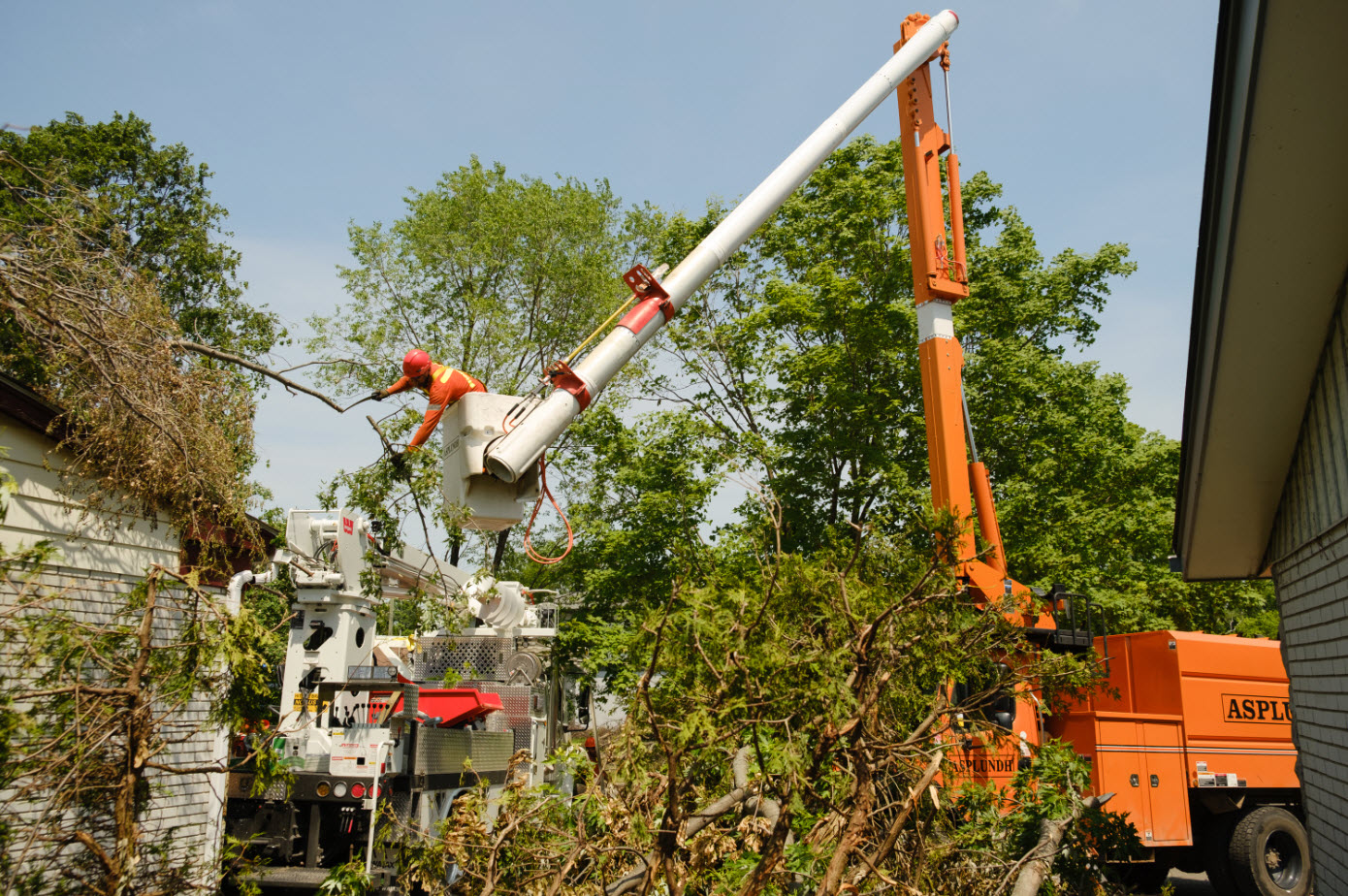 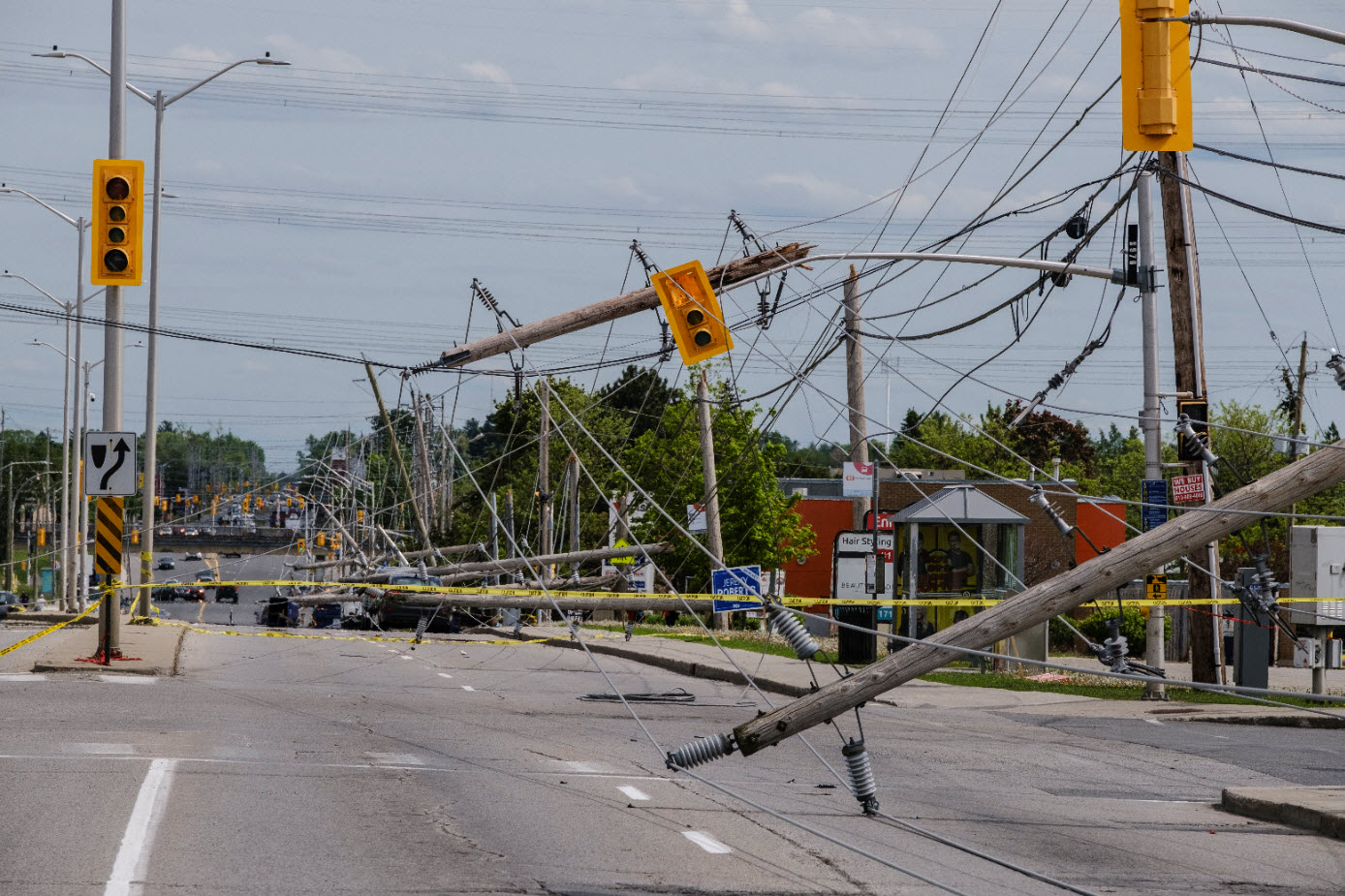 Bigger and badder than the rest

In a normal year, Hydro Ottawa replaces an average of 325 to 350 poles as part of our planned work activities. During the Ice Storm of 1998, we lost 50 poles, and after the tornadoes in 2018, we recorded 88 lost poles. The derecho storm of 2022 will go on record as the most devastating in Hydro Ottawa’s history with more than 400 poles damaged.

The restoration effort was so massive an undertaking that it was the equivalent of doing four years worth of construction work and emergency repairs in 14 days. Further complicating matters were the many downed trees, branches tangled in overhead wires and fallen debris in customers’ backyards, as well as the labour-intensive work of replacing or repairing every hydro pole that was damaged across our 1,100 sq/km territory.

To give perspective, the cities of Toronto, Montreal and Vancouver could all fit within Hydro Ottawa’s boundaries. That’s a large area for crews to cover even with 300 per cent more field staff working on repairs and restoration.

According to the Weather Network, more than 40 per cent of Canada’s population was impacted by the May long weekend storm. That’s because the storm roared through three of Canada’s four biggest cities in the most populated part of the country, causing 1,000 kilometres of damage and power outages to an estimated 925,000 households (from the border of Michigan to Quebec City). 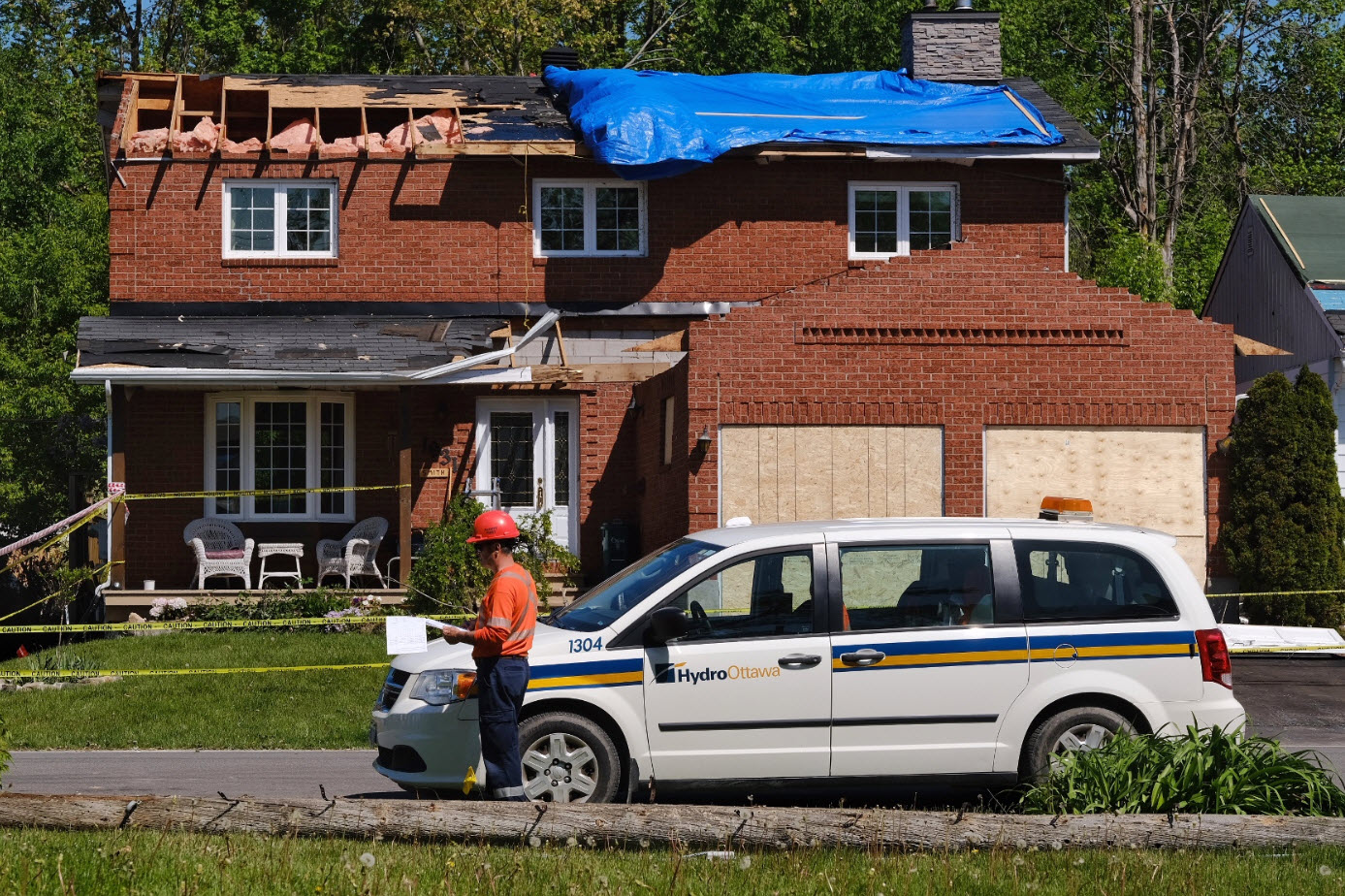 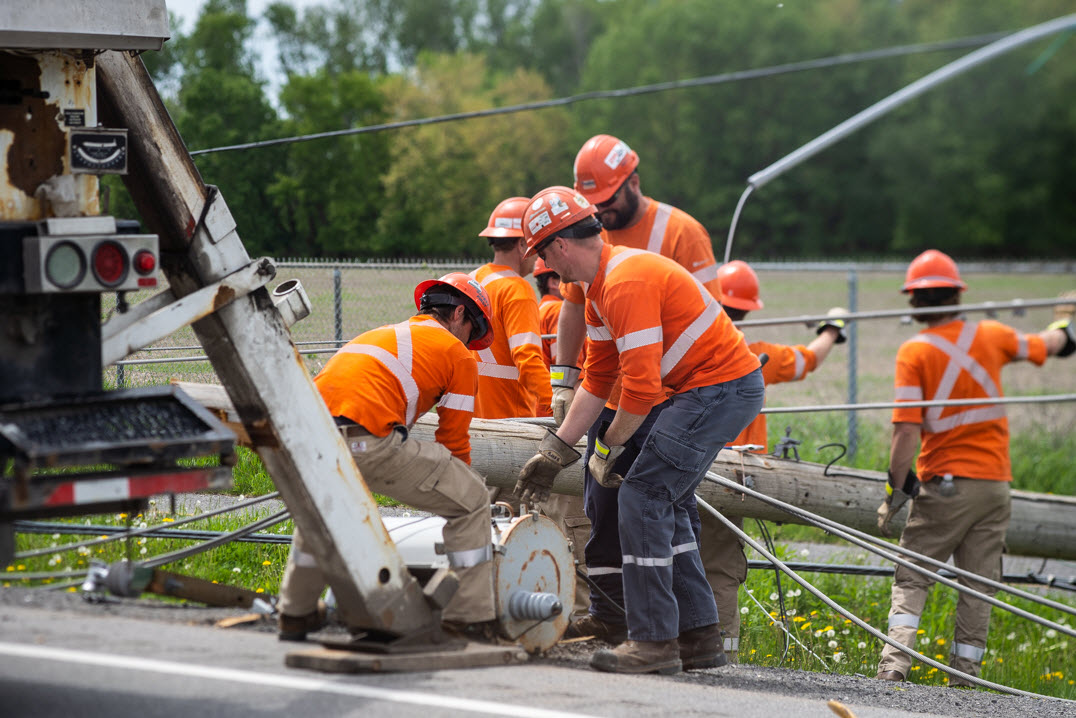 A derecho can be characterized as a line of intense, widespread, and fast-moving windstorms and sometimes thunderstorms that move across a great distance and is characterized by damaging winds. Sounds about right.

Hydro Ottawa continues to undertake a number of initiatives to improve the resiliency of our distribution system when storms occur, and to prepare for the increasing frequency of severe weather events. In fact, we’ve been working to make our infrastructure more robust based on key learnings from the last six years of destructive weather the capital has experienced. In addition to action plans to pilot anti-cascading strategies along a north/south corridor to protect our system against wind, we continue to replace aged infrastructure and upgrade structures, and we're exploring enhancements to our vegetation management and overhead design standards that will safeguard our system during severe wind and ice storm events. Given their rarity, a derecho wasn’t necessarily on our bingo card. 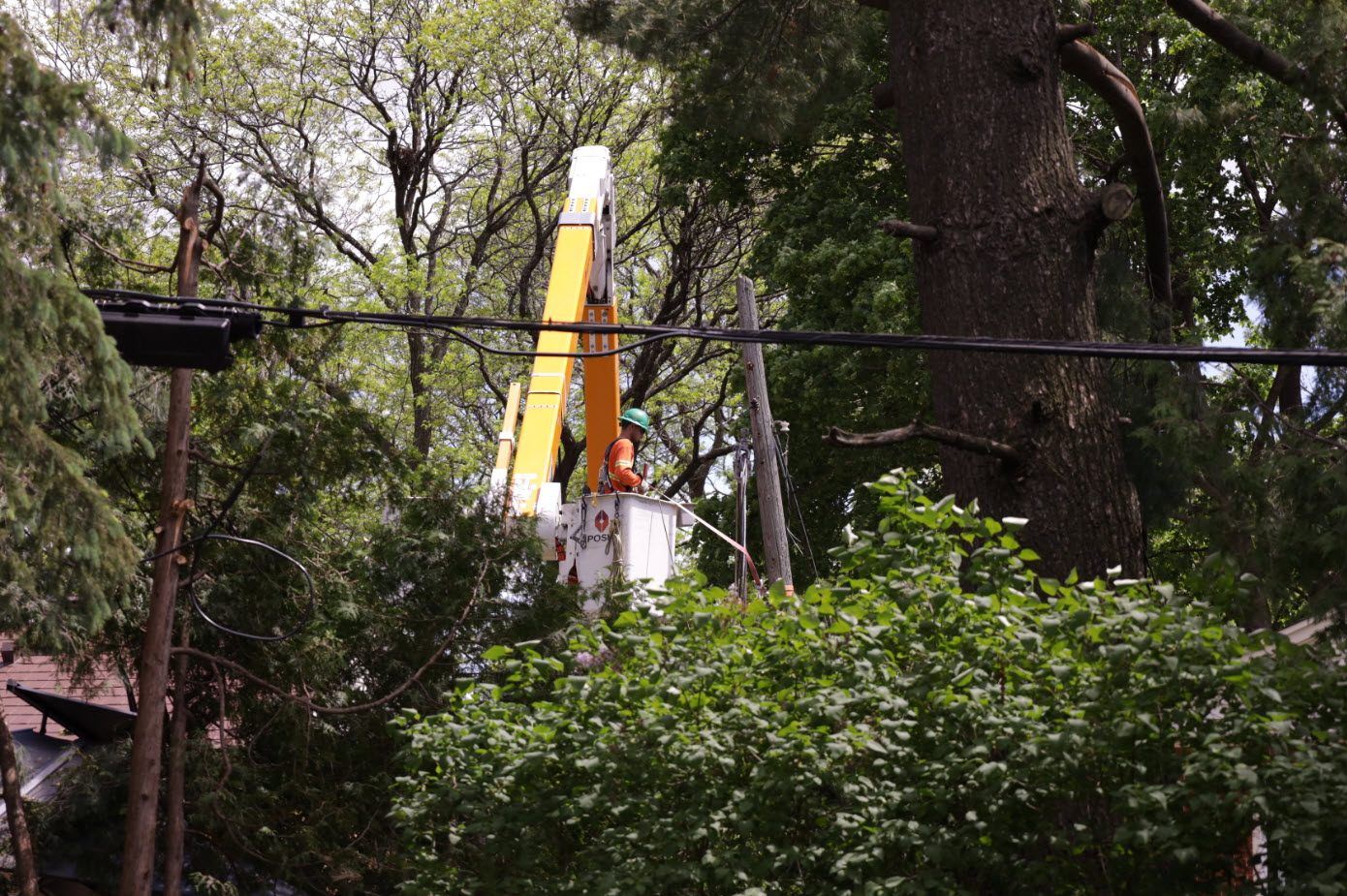 So, we know what you’re wondering: Why don’t we just bury power lines?

Our goal is to provide reliable electricity while keeping rates affordable for our customers. That means we have to make careful decisions regarding underground servicing to control our costs. Prior to our amalgamation in 2000, overhead systems were common construction practices for servicing electricity in subdivisions. After amalgamation, Hydro Ottawa began making it a standard practice for new subdivisions to be built with underground equipment.

Reconfiguring the electricity system from overhead to underground after a subdivision has been built comes at a high cost. Complete underground servicing is typically up to 11 times more expensive than overhead. In fact, the costs for underground servicing ranges from $2.5 million to $5.5 million per kilometre, depending on the type of service and geographic area involved.

The City of Ottawa policy for the burial of overhead power lines remains as directed by City Council on April 13, 2011 “that the undergrounding of overhead wires on City right-of-ways be undertaken only when the full cost of burial is paid for by the requesting party, or as otherwise approved by Council on a case-by-case basis.” 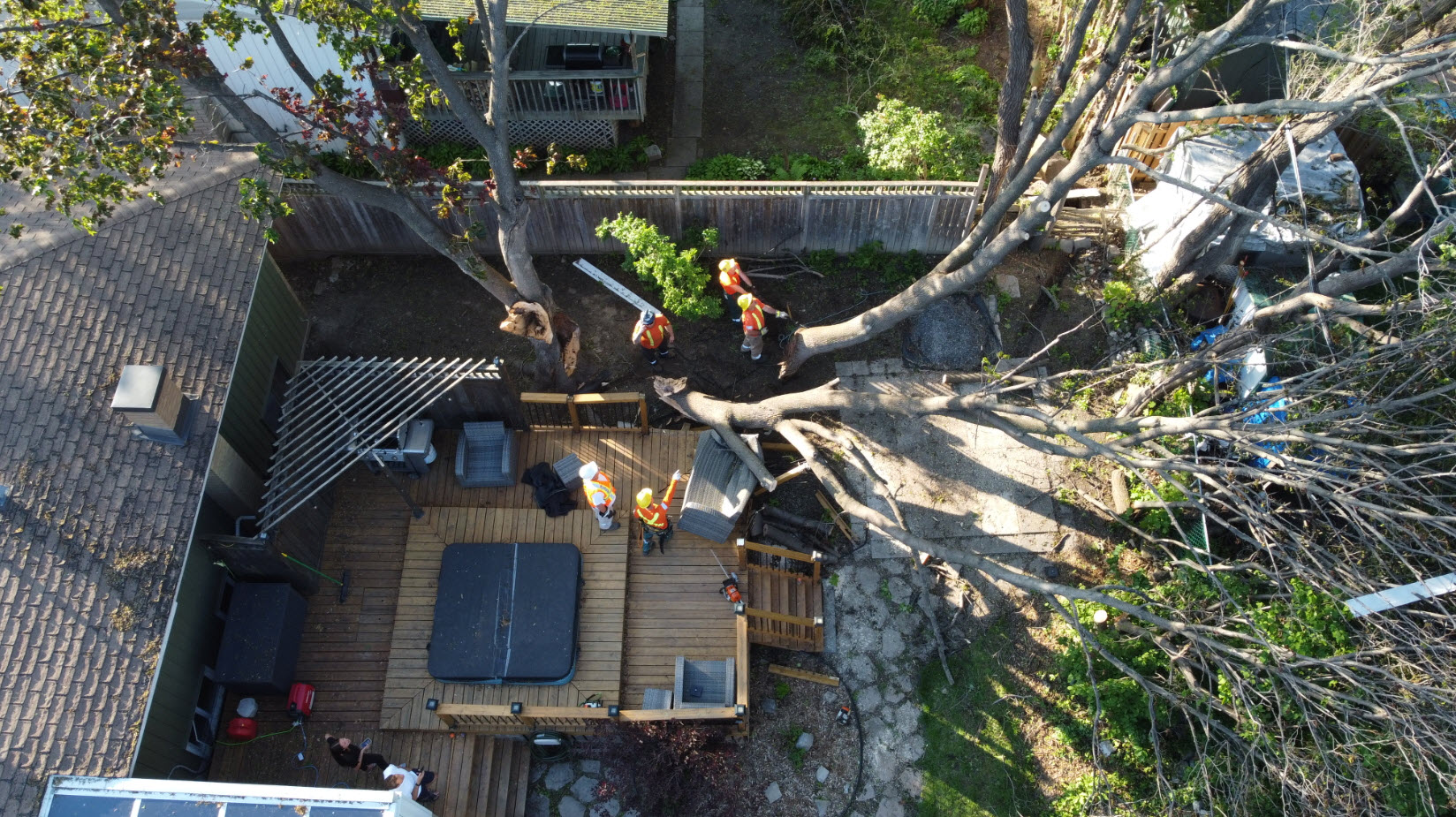 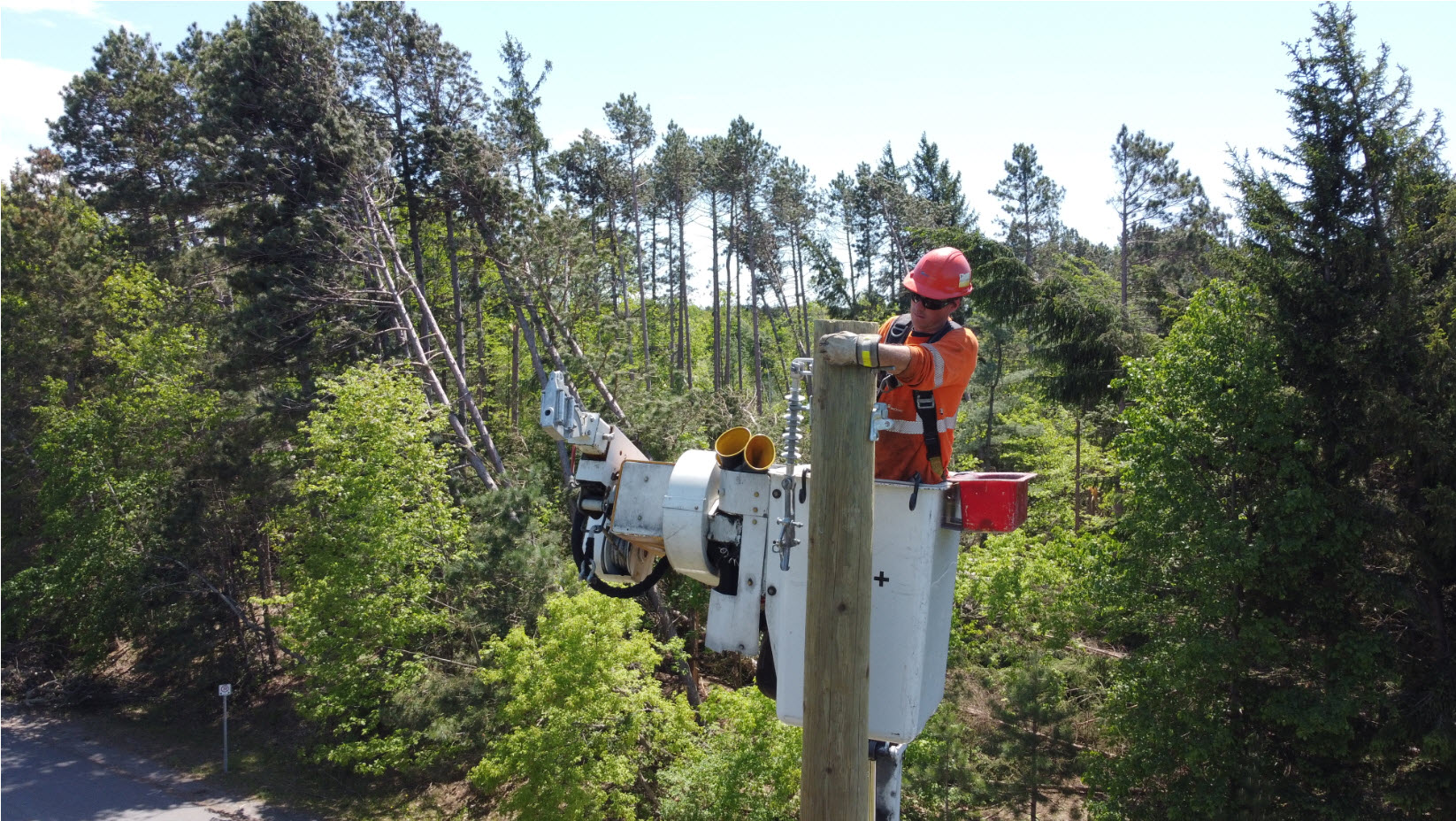 Adapting for the future

While we are preparing for the worst case scenarios when it comes to future weather events, it must be done with our customers in mind. As mentioned, there is a lot to learn from this uncommon weather phenomenon that will influence our future planning and storm hardening practices.

It’s fair to also say that weather events like the derecho, tornadoes, ice storms, floods and the annual heat waves we experience in Ottawa are all symptoms of the larger climate change phenomenon. As such, we’re committed to continuing to review and adapt our current planning and construction practices to ensure risks are minimized, and that our work is based on science and climate trends. To that point, we are working to address that head on by 2030, which you can read about here.

Hydro Ottawa thanks its customers for their patience, support and understanding as our employees and 335 additional crew members from Toronto Hydro, London Hydro, Kingston Utilities, Cornwall Electric, and numerous contractor companies came to our city’s aid and worked around the clock to restore each and every single home and business.

Finally, we’ve put together this infographic to show the comparison between the May 2022 derecho storm and the 2018 tornadoes. 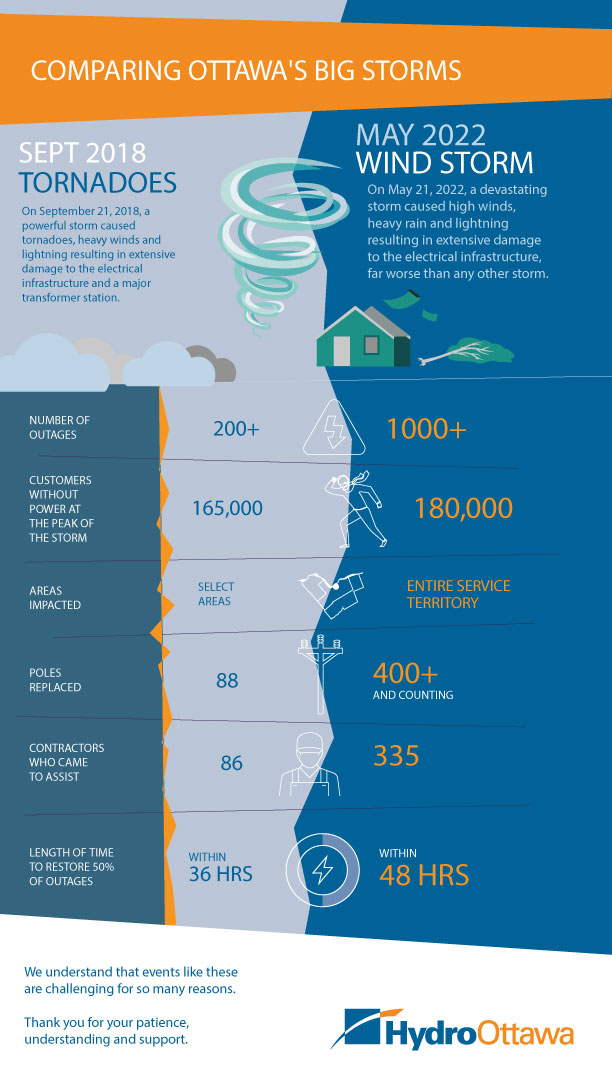