Canada’s oldest hydroelectric generating station that’s still in operation today was commissioned right here in the nation’s capital in 1891. Generating Station No. 2 is located on Victoria Island in the heart of downtown Ottawa; a stone’s-throw away from Parliament.

The heritage-designated station, along with five others built over the decades at Chaudière Falls, has been providing clean, renewable electricity to the nation’s capital for more than 130 years. 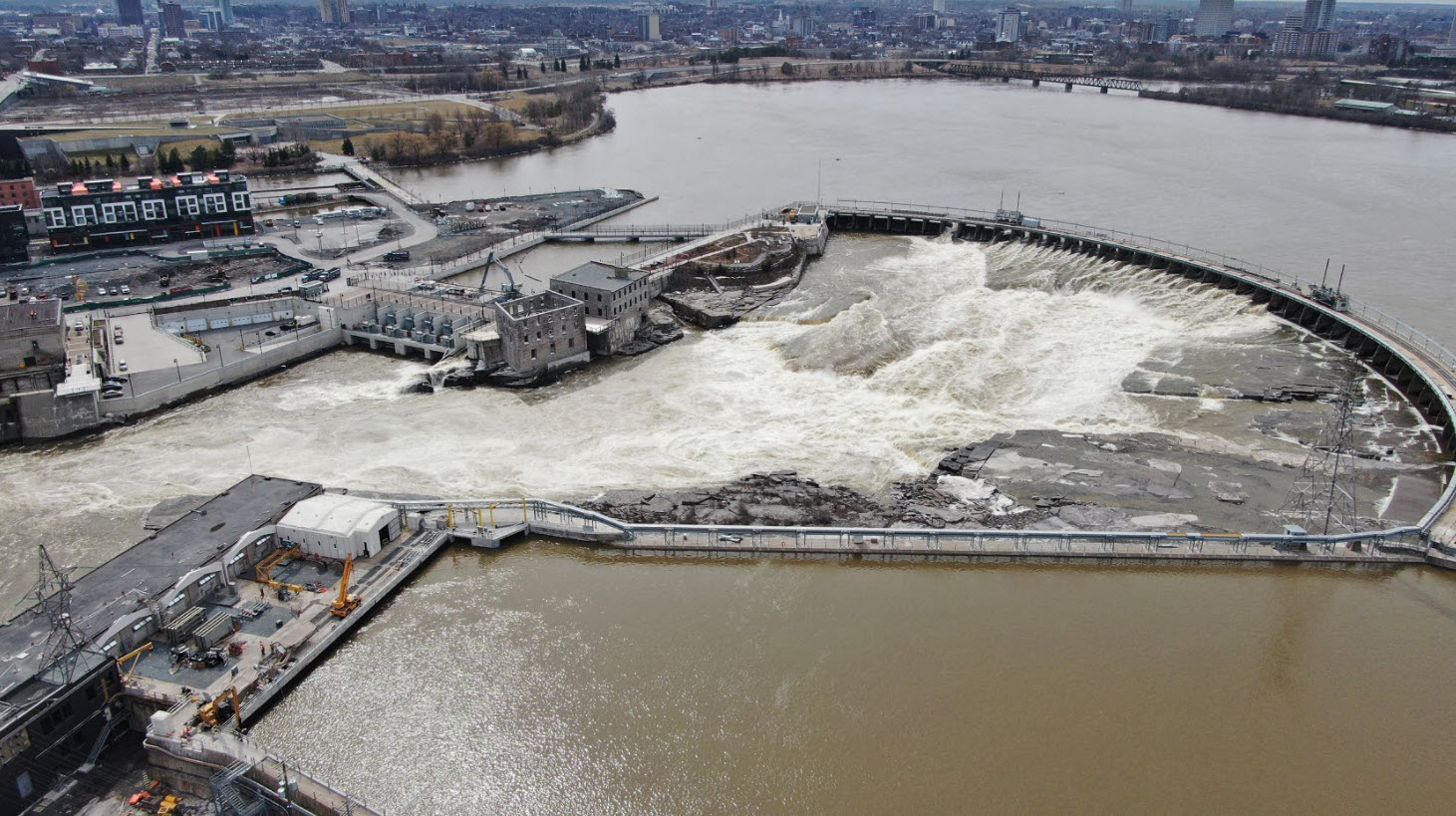 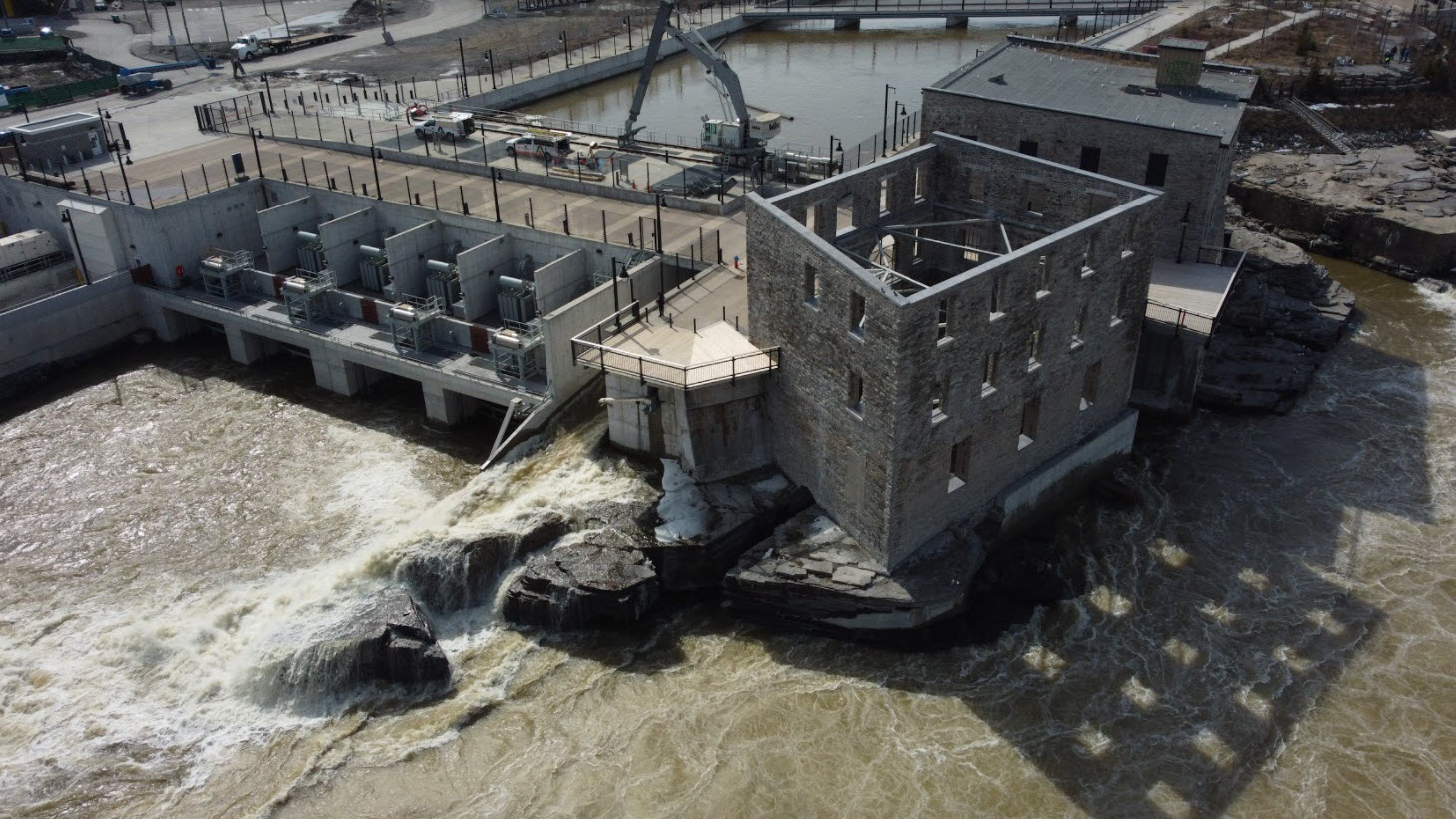 When Generating Station No. 5, our newest state-of-the-art facility, was energized in 2017, total generation output at Chaudière Falls increased to 84.6 megawatts (MW) and secured Hydro Ottawa as the largest municipally-owned producer of green power in Ontario. Note: Our total clean energy capacity is 128MW, which is enough to power 107,000 homes annually (or nearly one-third of our customers in the nation’s capital).

And while hydroelectricity first powered our great city and country, fossil fuels quickly became the dominant energy source during the industrial age of the 20th Century - before nuclear power arrived on the scene in the early 1960s. But, to paraphrase Taylor Swift: renewables are coming back harder than a 90s trend (albeit an 1890s trend to be historically accurate).

Hydroelectricity, which has been Ottawa’s clean blue battery for more than a century, may just be the energy source that Canada needs to power forward through the 21st Century in chic and clean eco-style. Blue is definitely our colour.

Because Canada is a water-rich country, it’s not surprising that waterpower is our most abundant renewable resource; making up 90 per cent of Canada’s renewable electricity output. It also provides more than 60 per cent of our country’s total electricity, with an installed capacity exceeding 82,000 MW. That means that six out of every ten homes and businesses in Canada are powered by hydropower. As such, Canada is the third largest generator of hydroelectricity in the world after China and Brazil. 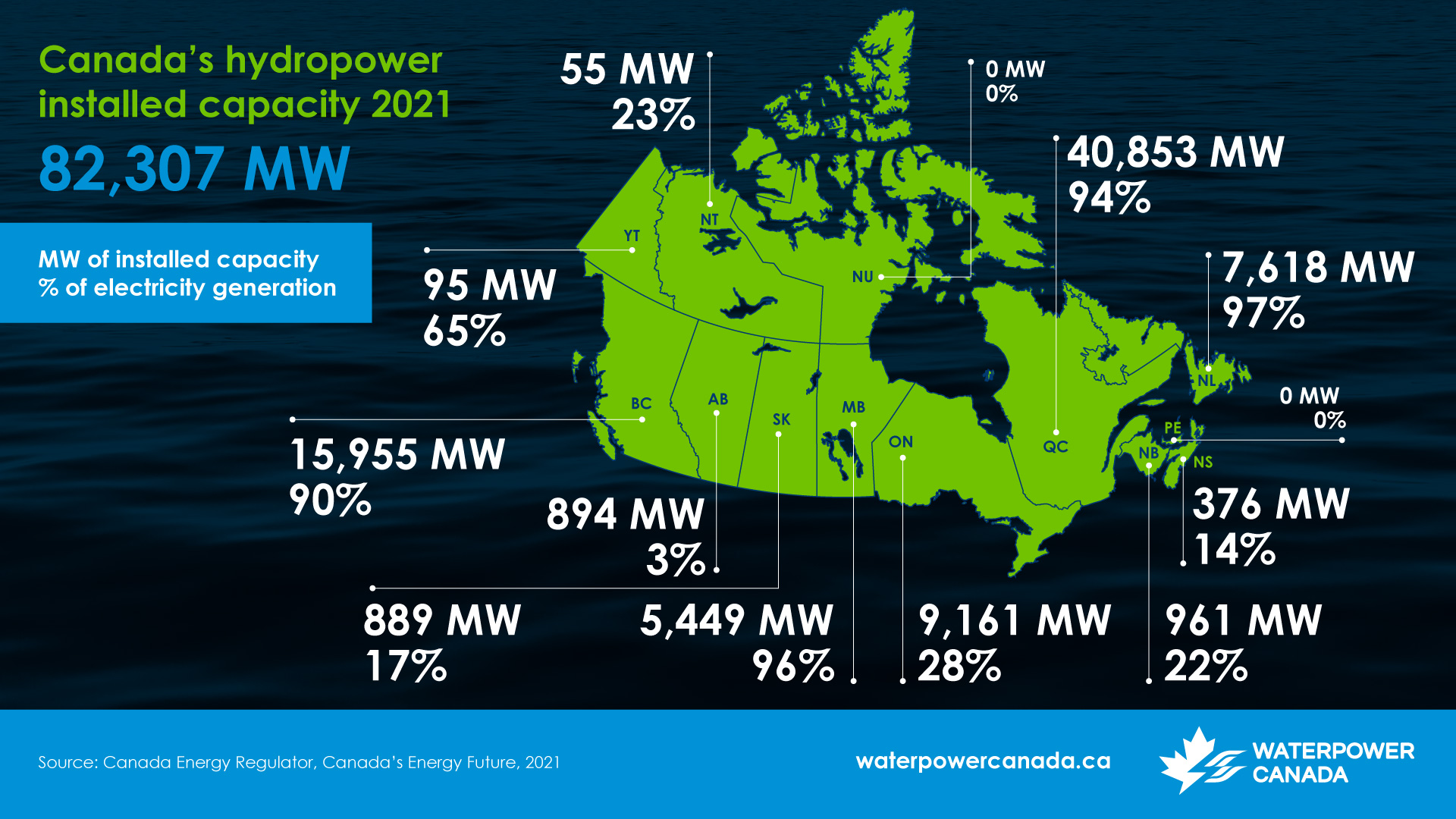 An investment in the future

To reduce Canada’s emissions of greenhouse gases that cause climate change, we must increase the amount of zero-emissions electricity we produce and strategically reduce reliance on fossil fuels in other sectors.

In Ontario, the main greenhouse gas contributors are refined petroleum, primarily used for transportation; natural gas, which is used primarily to heat our homes and buildings; and the energy-processes involved in the industrial sector, particularly the steel, cement and chemical industries.

Hydroelectricity produces no air pollutants and has ultra-low greenhouse gas emissions – especially for those stations that are run-of-the-river operations like our facilities at Chaudière Falls. From a full life-cycle assessment basis, Canada’s hydropower is among the lowest-emitting resources available. And like Chaudière Falls proves, hydropower assets can last well beyond 100 years if properly maintained; making them very cost-effective long-term investments.

Contrary to popular opinion, Canadian hydropower is cost-competitive, which helps keep rates low for customers. In fact, provinces with the highest hydropower installed capacity tend to have the lowest electricity costs.

There’s nothing like seeing these stations in person, and each year Hydro Ottawa usually participates in Doors Open Ottawa the first weekend in June. While we can’t offer tours inside the station again this year, the park space surrounding the falls is open to the public with stunning viewing platforms, a pedestrian bridge across the intake canal and a revitalized park space that pays homage to the site’s Indigenous roots and colonial past. Two of the site’s oldest buildings that survived the Great Fire of 1900 were refurbished and restored to their near glory days when they were once part of J.R. Booth’s lumber empire.

If you haven’t had the opportunity to see our newest and largest hydroelectric facility up close, you can experience it in a special video that will take you deep inside the station as well as up and over the falls with breathtaking views of the historic Ring Dam that was built in 1909 and still regulates water levels on the Ottawa River today.

Set a reminder in your calendar to enjoy a virtual Chaudière Falls experience with an exclusive video we made just for Doors Open Ottawa (available June 4 and 5 on their website and at chaudierefalls.com). We hope that it leaves you excited to visit this historically significant site that is also the home to Ottawa’s clean, sustainable future. In the meantime, enjoy the sneak peek below of Ottawa’s largest blue battery!