EV Adoption: The grid, the battery and the Evangelist

According to the U.S. Department of Energy, electric vehicles were invented nearly 200 years ago. Around 1832 the first electric vehicle was developed by Robert Anderson, a Scottish inventor. Across the pond, an American inventor, Thomas Davenport, had also created a model around the same time.

These rough prototypes would eventually evolve over the decades until the late 1800s, when sophisticated and practical versions more akin to electric carriages were manufactured; most notably by Karl Benz. By 1900, a third of all vehicles in the United States were electric. 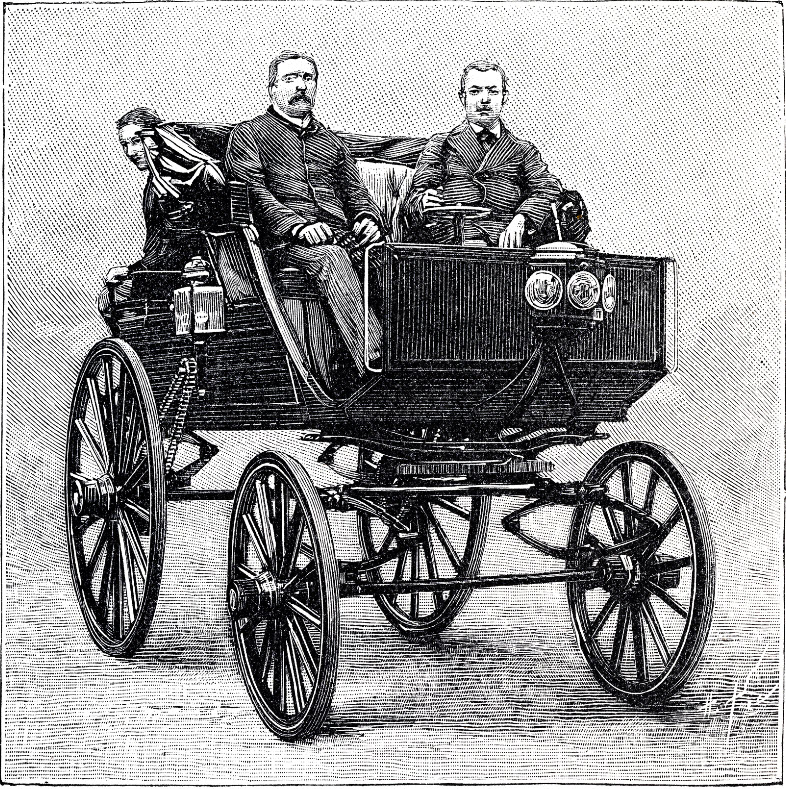 Many historians say the ‘blame’ lies with Henry Ford and the popularity of his Model T Ford in 1908. Not only did it have better range thanks to the distance it could travel on gasoline, but another major hurdle at the time was that electricity wasn’t widely available everywhere; making it difficult to get a battery recharge for (the original) early EV adopters. In 1912, a gasoline car would cost $650, while electric vehicles were significantly more at $1,750.

So if you feel that batteries, range and pricing are major consumer issues that haven’t changed much in 100 years, you wouldn’t be entirely wrong. In 2021, one out of every 20 new vehicles purchased in Canada were electric. That equates to about five per cent of auto sales.

In Canada, and specifically looking at ChargeHub’s map of Ontario charging stations, range anxiety is becoming less of a concern for EV buyers. While price is still a major factor, Loren McDonald of San Francisco Bay Area-based EVAdoption - and known to his followers as the EV Evangelist - believes that most consumers now have charger anxiety. “Consumers want convenient access to superfast, high-powered charging stations,” he says. “The bigger challenge is how can people that live in apartments and condos charge their vehicles if they don’t have a garage, or if they live downtown with only street parking? Half of the population just doesn’t have proper access. That’s the chasm we have to get across.” 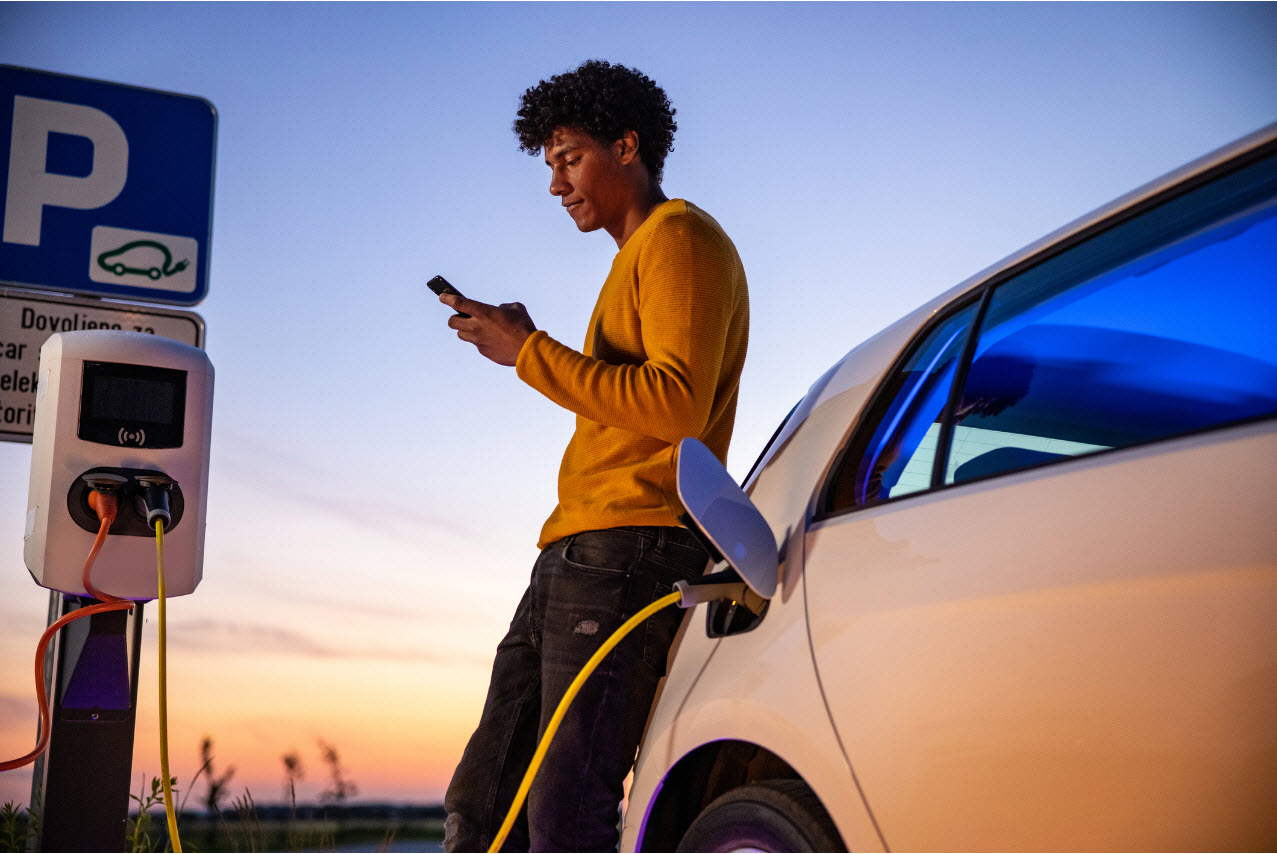 Today, we think about recharging electric vehicles the same way we think about refueling gasoline vehicles. McDonald believes that mindset needs to change. “For your everyday use, between 90 and 95 per cent of your charging is done at home overnight while you’re asleep.”

“Quite simply, charging your electric vehicle is more like how you charge your smartphone than how you refuel your gas car,” says McDonald. “A lot of consumers have this perception that recharging their EV should be the same experience as going to a gas station, but it’s not until you own one and drive it a lot that you realize that no, it’s actually more like a smartphone that you plug in at night.” McDonald says that the only time it’s comparable to a gas car is when you go on that summer road trip.

Soon, it seems, the choice to go electric will be made for consumers. All major automakers from General Motors to legacy luxury brands like Jaguar, Mercedes-Benz and Porsche are going plug-in hybrid or fully electric over the next decade. Ford recently launched an electric version of its most popular vehicle, the Ford F-150 pick-up truck. McDonald believes the F-150 is a game-changer and, at least in North America, will be regarded as the single most important EV in history.

“Pickups are extremely popular in North America,” he says. “Ford’s F-150 has been the top selling vehicle, not just in its category, but the top selling vehicle in America and the world for 40 straight years. This mainstream work truck going electric is going to make middle America more aware that alternatives do exist. With the F-150 rolling out now to buyers, combined with high gas prices, EVs are definitely having a moment right now.” 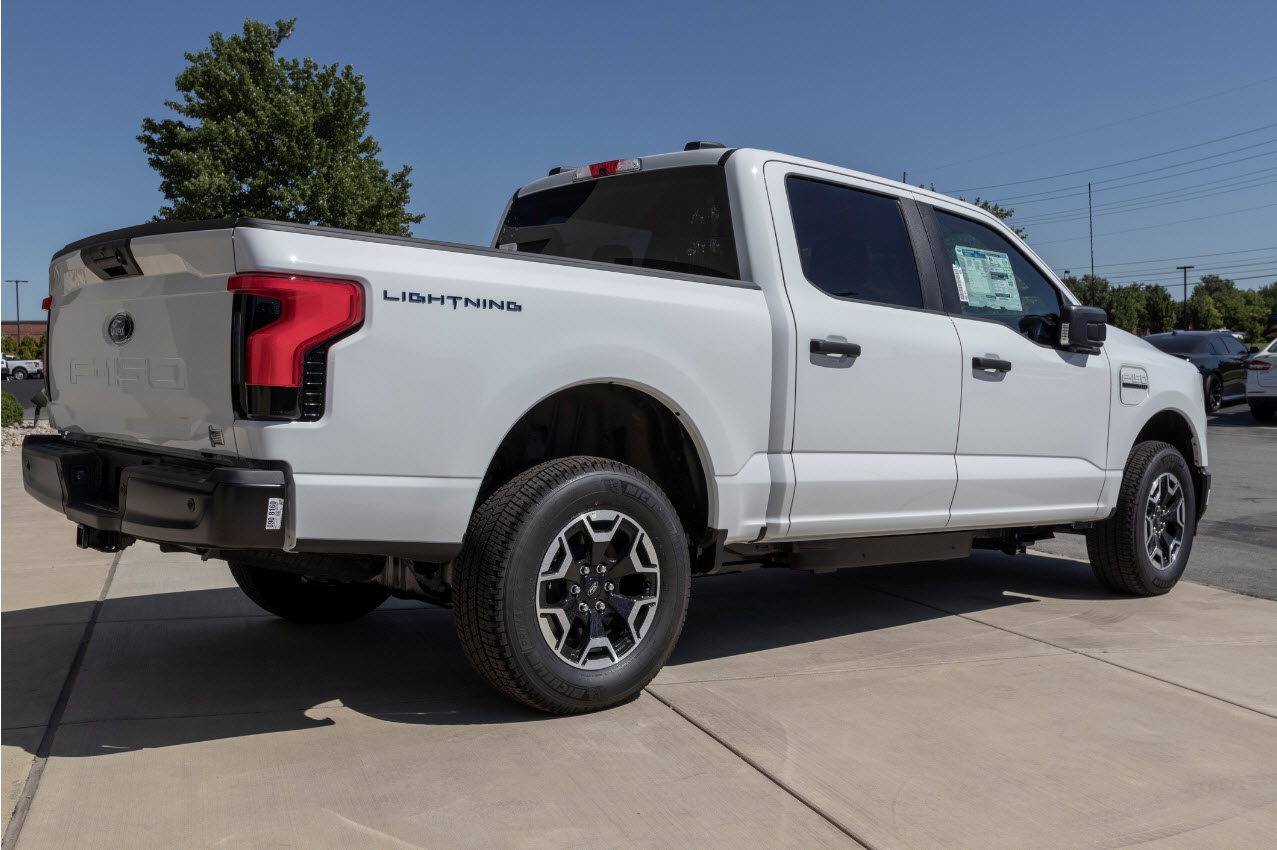 Is Ford's F-150 Lightning a game-changer for potential EV buyers?

There’s been a lot of curiosity and interest from manufacturers and consumers alike since the Government of Canada set its ambitious and mandatory target that 100 per cent of car and passenger truck sales be zero emissions by 2035, requiring all kinds of measures to support the electric transportation evolution. Everything from point-of-sale incentives to investments in charging and electricity grid infrastructure, and partnerships with automotive companies are all being pursued.

“From an incentive perspective - the point of sale rebate is something that Canada is getting right,” says McDonald. “Canada’s investment is much more focused on solving real problems like building EV infrastructure at workplaces, apartment complexes and retail locations. It’s a much more balanced approach compared to the United States’ being overly focused on fast chargers along highway corridors.”

Regardless, McDonald says that neither country should believe that EVs are going to solve all of the world’s problems when it comes to reducing greenhouse gas emissions in the short term. “EVs will slow the increase of greenhouse gas emissions, but they won’t actually reduce it in the next 10 years.” McDonald notes that he’s analyzed the numbers and there will be more gas-powered cars on the road in 2030 than there are today. Instead of only promoting EVs, McDonald thinks that offering hybrids and getting people out of their cars all together with more investments in mass public transit are viable alternative solutions that should be considered. 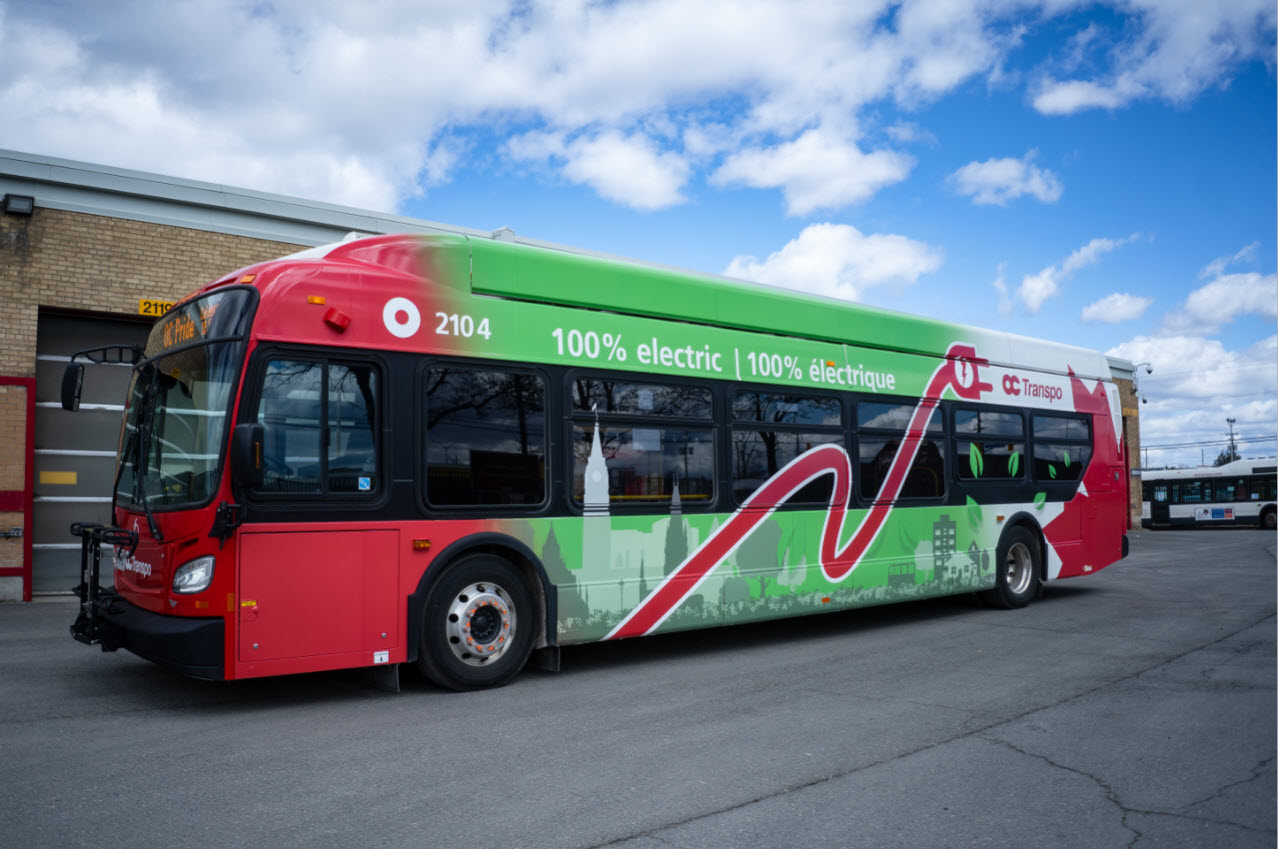 How we’re prepping the grid for mass EV adoption

For our part, Hydro Ottawa is currently working on studies to determine the impact of EV penetration and what it would mean in terms of infrastructure upgrades and associated costs in the short and long-term. We’re analyzing the impact of EVs at the system level, but also at a hyper local distribution level serving specific neighbourhoods across the city.

As information related to EV sales, municipal targets and the city demographics change, Hydro Ottawa is making every effort to ensure timely infrastructure upgrades to provide reliable power supply to its customers.

We’re already making plans to evolve our system so it can accommodate EVs for the future. As such, we are assessing load growth on our system based on historical trends and new information to prepare for a rapid increase in electrified load. By doing this, we can more accurately predict EV load forecasts so that we are better able to plan upgrades in all neighbourhoods to meet future EV demands.

Based on preliminary analysis, we believe that the load increase can be accommodated smartly. We’re assessing how capital investments can be prioritized, paced and optimized while minimizing rate impacts for our customers and aligning our work with the city. Our initial high-level studies and experience to date have indicated that it is generally feasible to absorb up to 25 per cent more load from EVs and their infrastructure before further capacity is needed. 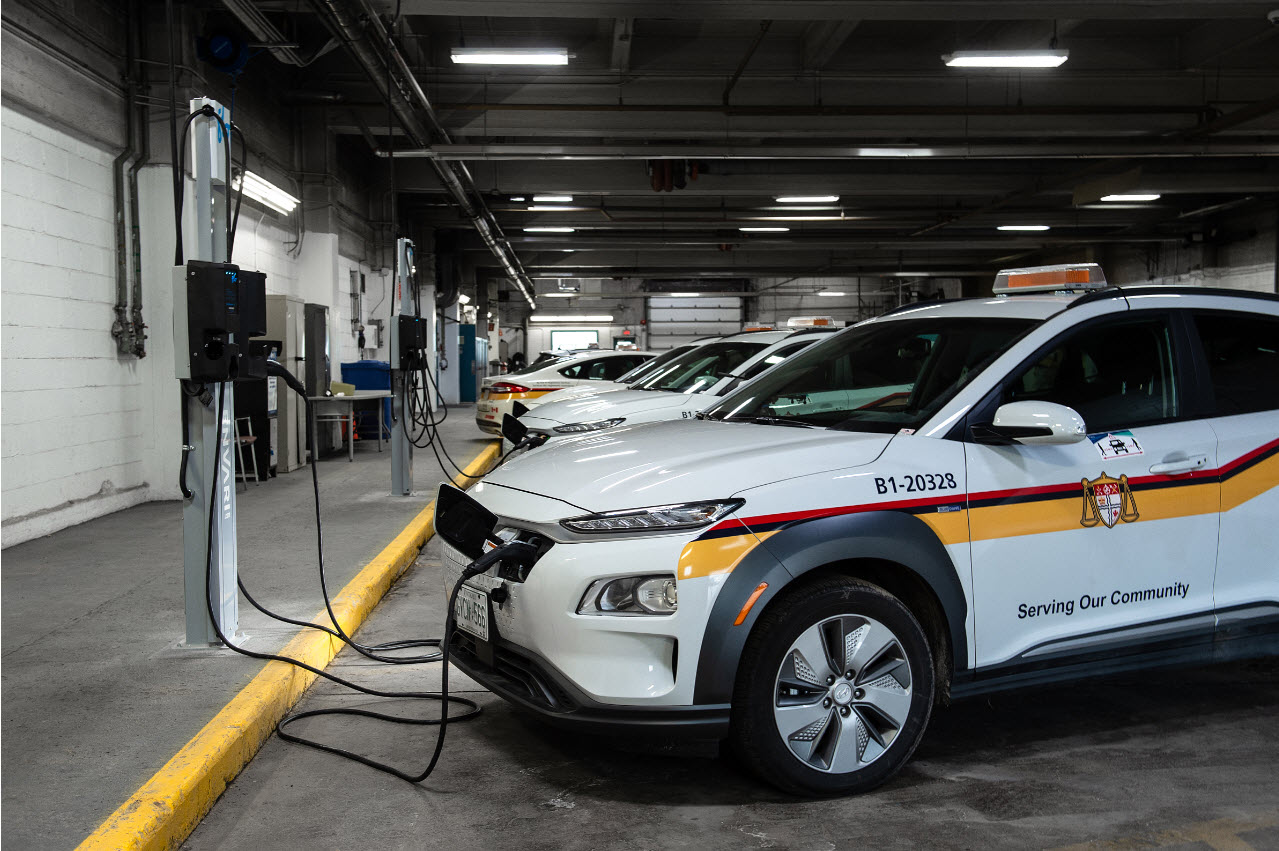 More details on EVs and what Hydro Ottawa is doing to ensure successful EV penetration is available here. Related: Read about Hydro Ottawa’s own net zero by 2030 goal.

Listen to the entire conversation with EV Evangelist, Loren McDonald, on the ThinkEnergy podcast where he talks more about EVs as energy storage vehicles, the benefits of bidirectional charging and what to consider (leasing vs. buying) to keep up with advancements in EV technology.

Hey Ottawa! Book your EV test drive and talk to local experts about electrifying your ride this summer. The City of Ottawa has partnered with multiple local organizations to launch EV Experience, a new project to help make electric vehicles accessible to all communities in Ottawa. Visit www.evexperience.ca to learn more.